Ghent during the Period of the Reformation

The story of a troublesome time

Plunge into the turbulent sixteenth century, when protestantism raged against the Catholic Church. Our guide will tell you about stake burnings and executions, about the critical Chambers of Rhetoric, but also about the Pacification of Ghent, the treaty signed in the gorgeous Town Hall.

As in other regions in Europe the ideas of the German reformist Martin Luther unsettled not only many catholic institutions but also the people of Ghent. Lots of inhabitants of this intellectual and critical city were followers of the new ideas that scattered the unity of the catholic faith. Political and social conflicts grew to their heigth during the iconoclastic riots. Our guide will take you along some of the remnants of this difficult time, e.g. the House of the Ryhove family, the Town Hall, the Dominican friary where you could “walk on water”. You will learn how protestants live in Ghent these days. 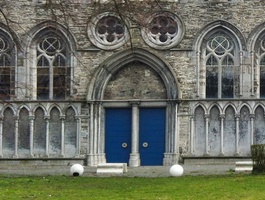 HISTORY, RELIGION, BUILDINGS AND SITES
The Bijloke: center of creativity and inspiration 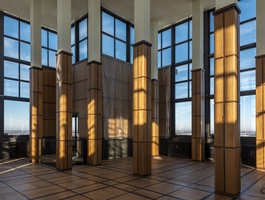 HISTORY, RELIGION, BUILDINGS AND SITES
The Book Tower: towering knowledge on the Blandijnberg 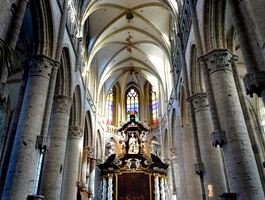 HISTORY, RELIGION, BUILDINGS AND SITES
Behind the screens of the St Nicholas Church 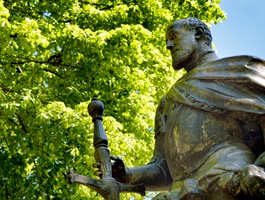 HISTORY, RELIGION, BUILDINGS AND SITES
The emperor and the noose wearers